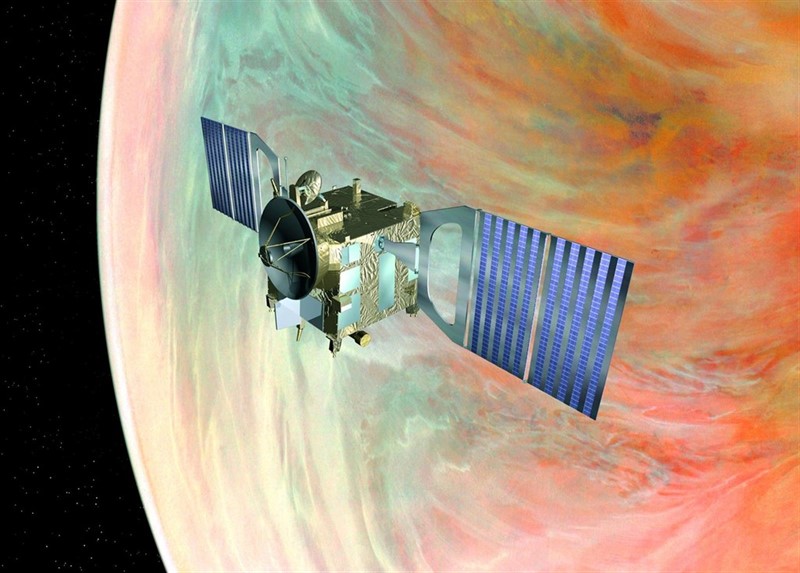 Venus is known as the twin planet of the Earth because of their similar size. However, many aspects of Venus and its atmosphere differ from the terrestrial ones. Venus' rotation is very slow (rotation period of about 243 terrestrial days) and retrograde. The inclination of its axis of rotation is quite small, and as a consequence there are no seasons on Venus. Venus' atmosphere is, like the Martian one, mainly composed by CO2. But the Venusian atmosphere is much thicker than the terrestrial (and the Martian) one (surface pressure of about 92 atm). The strong greenhouse effect makes Venus surface warmer (average temperature about 465ºC) than Mercury's despite being further away from the Sun. Maybe the most characteristic feature of Venus is its dense cloud cover. Venusian clouds are mainly composed of sulfuric acid. 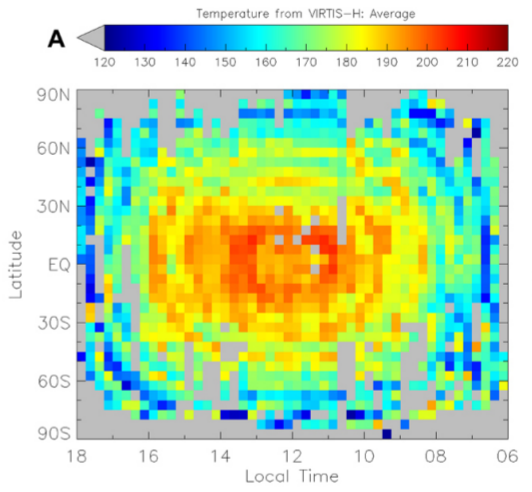 Since the 60s, different space missions have visited Venus, some of them as part of a gravitational assistance maneouver. Among them, 6 missions have orbited Venus: Venera 9 and 10 (CCCP), Pioneer Venus and Magallanes (NASA), Venus Express (ESA), and Akatsuki (Japan). Pioneer Venus and Venus Express are probably the most successfull missions to Venus, at least concerning the study if its atmosphere.