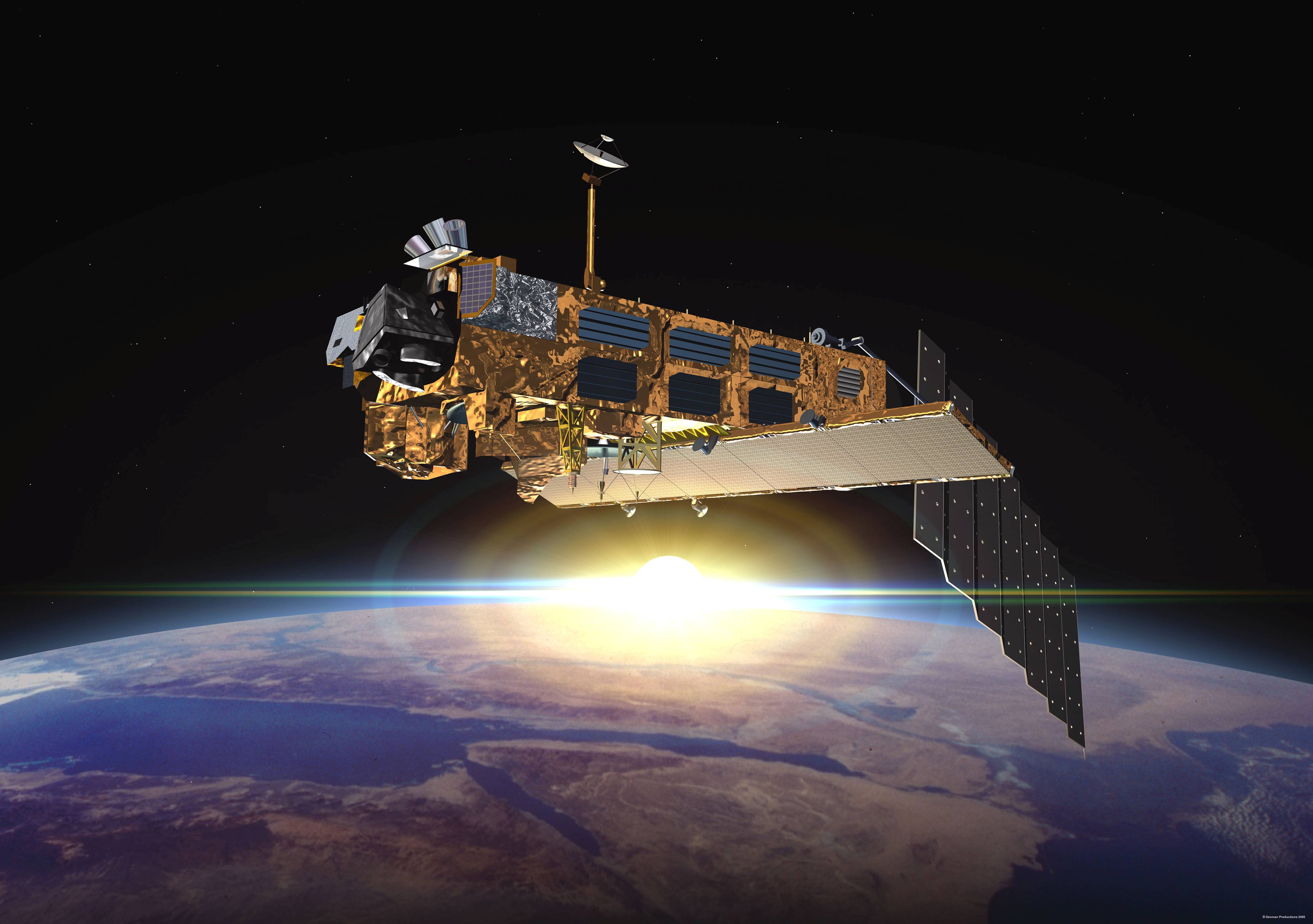 MIPAS, the Michelson Interferometer for Passive Atmospheric Sounding, was a mid-infrared emission spectrometer which was part of the core payload of ENVISAT. It is a limb sounder, i.e. it scans across the horizon detecting atmospheric spectral radiances which are inverted to vertical temperature, trace species and cloud distributions. It was launched aboard ENVISAT (ESA) on 1 March 2002 in a sun-synchronous polar orbit (98.55º) at 800 km. It had a spectral coverage of 4.15-16 μm (685-2410 cm-1), was operated at a spectral resolution of 0.035 cm-1 in its first phase (until March 2004) and of 0.0625 cm-1 in its second phase and with a high sensitivity of 4-30 nW/(cm2 sr cm-1)‏ and a radiometric accuracy of 1-3 % (4-15 µm)‏.

It focused on the study of the chemical composition, dynamics, radiation and energy budget of the middle atmosphere.
It major scientific objectives were: a) Stratospheric chemistry and dynamics; b) Stratosphere-troposphere exchange; c) Chemistry and physics of the upper troposphere; d) Physics and chemistry of the upper atmosphere; and e) Climatology and weather forecasting. MIPAS was also very useful for performing non-LTE studies becasue of its high sensitivity with high spectral resolution and wide spectral coverage. It observes the atmopshere during 10 years providing one of the most important databases of the middle atmosphere so far obtained. Taking global measrements of temperature and of more than 30 species, including O3, H2O, CH4, N2O, NO2, NO, CO, CO2 and PMCs, among others (see here for a complete list). More information on MIPAS can be found in Fischer et al., 2008.

Our Group has been involved in MIPAS from the very beginning carrying out several scientific studies. We have been also members of the Scientific Advisory Group (SAG), of the Calibration and Validation Group (CVG); and of the Quality Working Group (QWG).

We retrieve, together with IMK (Karlsruhe), many atmospheric species. The current (IMK-IAA) public MIPAS data from the MesosphEO can be downloaded from: http://share.lsdf.kit.edu/imk/asf/sat/mesospheo/data/L2/.

The MIPAS data have been used for achieving outstanding advances on our knowledge of the middle atmosphere in various fileds as, for example, the impact of the solar particles on the atmospheric composition; the coupling of the lower and upper atmosphere; the NOy budget, the non-LTE processes in the middle atmosphere, etc.