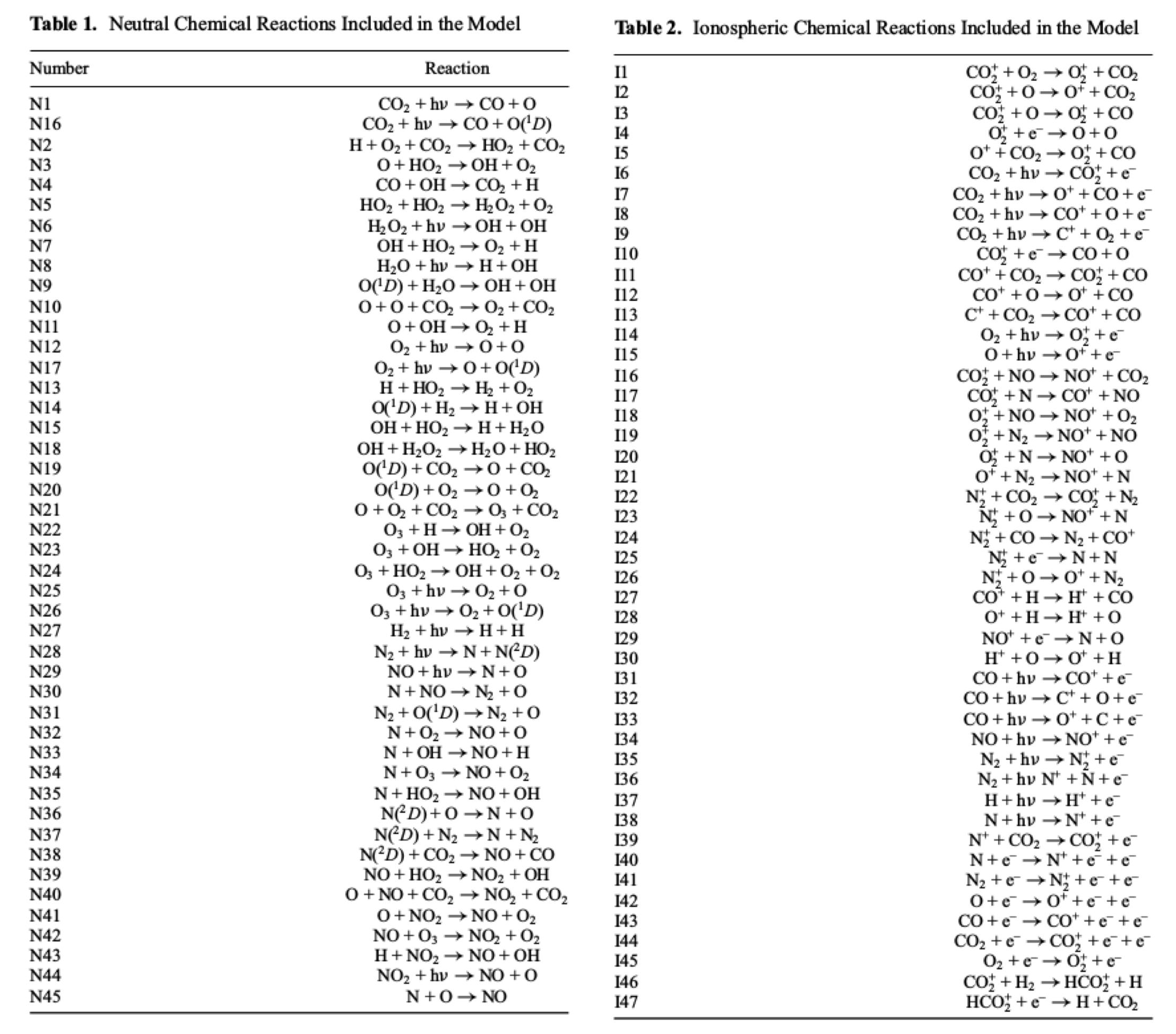 It is a process very linked to the composition and the radiation field in planetary atmospheres. It refers to the chemical reactions initiated with the absorption of solar radiation by the atmospheric species. This plays a very relevant role in the uppermost layers of an atmosphere, where direct exposure to the solar flux is strongest. For this reason the composition of the upper atmospheres of the terrestrial planets is determined by a balance between photochemistry and a second major process: transport. Atmospheric transport occurs both in the vertical (e.g. molecular diffusion, turbulent diffusion) and in the horizontal (e.g. dominat winds in the general circulation). This balance between photochemistry and dynamics, and between the different transport mechanisms, determines the altitude of an important atmospheric atmosphere, from the composition point of view, called the homopause. This is a transition layer below of which the atmosphere is approximately well mixed. Above the homopause, the relative abundance of each species changes with altitude according to its molecular mass. In the Earth's atmosphere  the homopause is located around 95 km above the surface, while on Mars and Venus it is at about 120 km.

Why is it important?

A good knowledge of the photochemical reactions is essential for understanding the composition and radiative balance of the planetary atmospheres in general and of the terrestrial planets in particular. For example, the major cooling mechanism of the upper mesosphere/lower thermosphere of the latter planets is the emission to space by CO2 near 15-µm. The atomic oxygen, a minor species in these terrestrial atmospheres, is key for this mechanism. Its abundance directly affects the CO2 cooling as it efficiently transfer by collisions kinetic energy to the CO2 excited levels which then emitthe 15-µm photons to space. The dependence of the CO2 population states on factors like the radiation field or minor species abundances is an example of what is known as non-local thermodynamic equilibrium, a complex situation in the upper atmospheres of the planets. 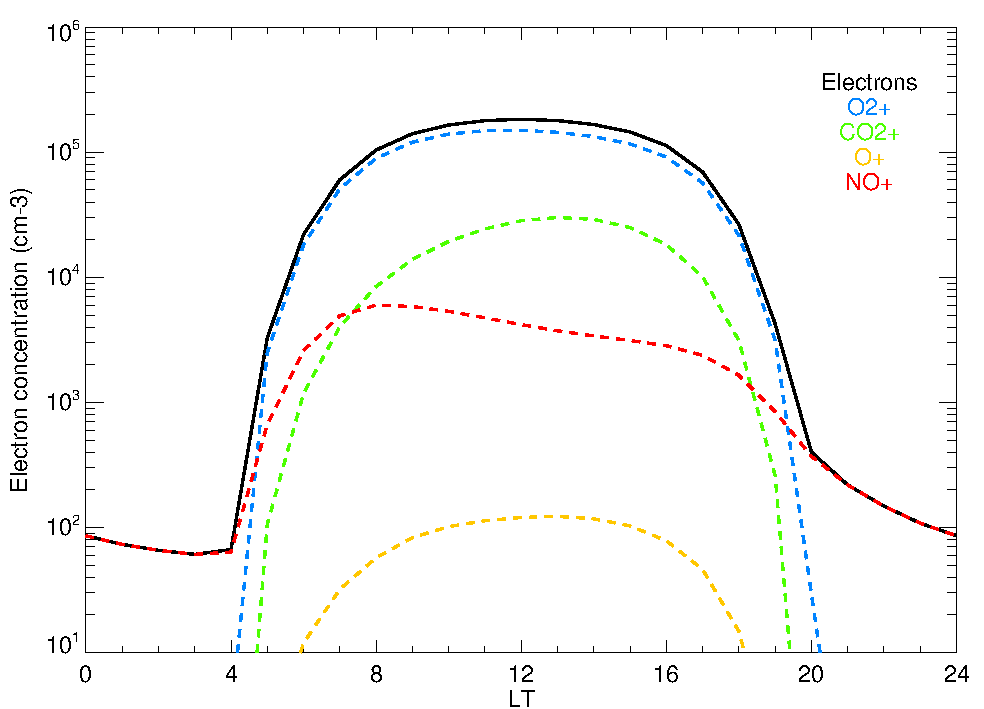 How we study photochemistry?

Computational methods which implement physical models have traditionally been used to simulate the composition of the upper atmospheres. Our group has developed a photochemical model to simulate the neutral composition of the upper atmosphere of Mars, i.e., the abundance of the major constituents at those altitudes  (González-Galindo et al.,  2005), which was later incorporated into the LMD-MGCM, an state-of-the-art  global climate model of  Mars. With this model we have simulated, for example, how different assumptions about the atomic oxygen density modifies the thermal structure of the upper atmosphere of Mars (Medvedev et al., 2015), and how the rate of escape of hydrogen is linked to the composition in the lower atmosphere (Chaufray et al., 2015). Originally developed to simulate the neutral atmosphere, our photochemical model was later extended to simulate the Martian ionosphere, i.e., the relatively minor portion of the atmospheric species ionized  due to solar absorption and subsequent photochemistry  (González-Galindo et al., 2013). This ionospheric model has been validated against Mars Express and MAVEN measurements. Currently we are extending this composition model to simulate the ionospheric layer produced by the ablation of meteoritic material on Mars.