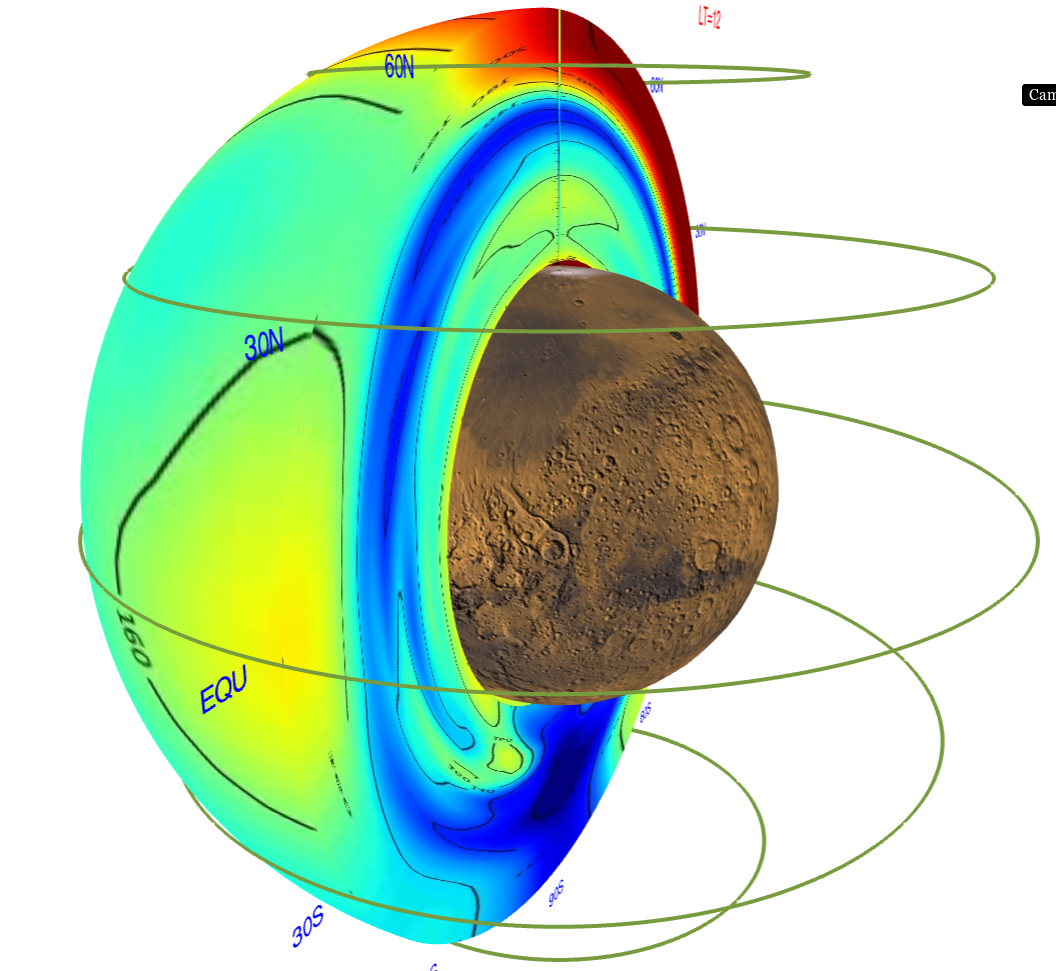 Global Climate Models, also known as General Circulation Models, were originally developed for weather forecast and climate prediction for the Earth, but were soon adapted to Martian conditions. These models simulate the large-scale motions, the thermal structure and the composition of the global atmosphere. They solve by numerical methods the equations governing the atmospheric behavior for, knowing the initial state and using appropriate boundary conditions, predicting its evolution. They consist of a dynamical core that solves the equation of fluid dynamics and a series of physical processes that set the thermal state and composition of the atmosphere and force the dynamics. 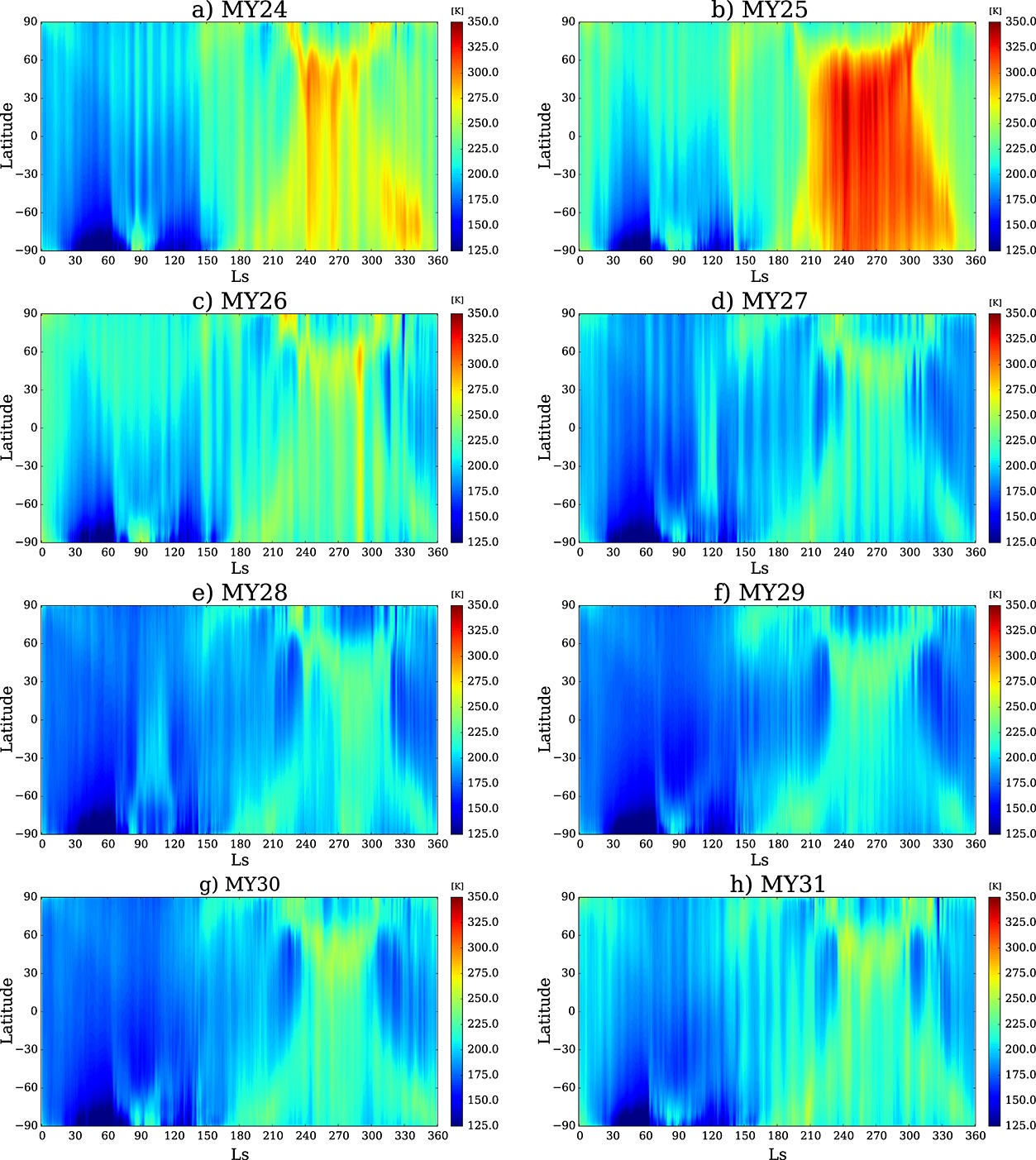 About a dozen GCMs have been developed for the study of the Martian atmosphere. Most of them only cover the lower atmosphere, until typically 80 km of altitude from the surface. Only two of them cover the whole atmosphere from the surface up to the exosphere, where the atmosphere dillutes into the interplanetary space. Among them, the Mars GCM developed at the Laboratoire de Météorologie Dynamique (LMD-MGCM) and with a strong participation of the GAPT group, was the first whole-atmosphere GCM for Mars.

The GAPT group led the extension of the LMD-MGCM to the upper atmosphere. We have developed models for the physical processes important in this region: heating produced by the absorption of UV solar radiation, photochemistry, molecular diffusion and thermal conduction. We have applied the LMD-MGCM to a number of studies focused on the upper atmosphere of Mars: variability of the temperatures at different temporal and spatial scales (see figure at right), analysis of atmospheric emissions in both the dayside and nightside of the planet, climatology of mesospheric clouds, variability of the ionosphere, atmospheric escape, effects of dust storms in the upper atmosphere, etc.

A selection of results from the LMD-MGCM are made publicly available to the community through the Mars Climate Database (http://www-mars.lmd.jussieu.fr/). This tool is routinely used by several dozens research and engineering groups around the world for scientific studies and preparation of future missions. For example, the MCD was the main tool used to prepare the aerobraking phase of the ExoMars TGO mission.