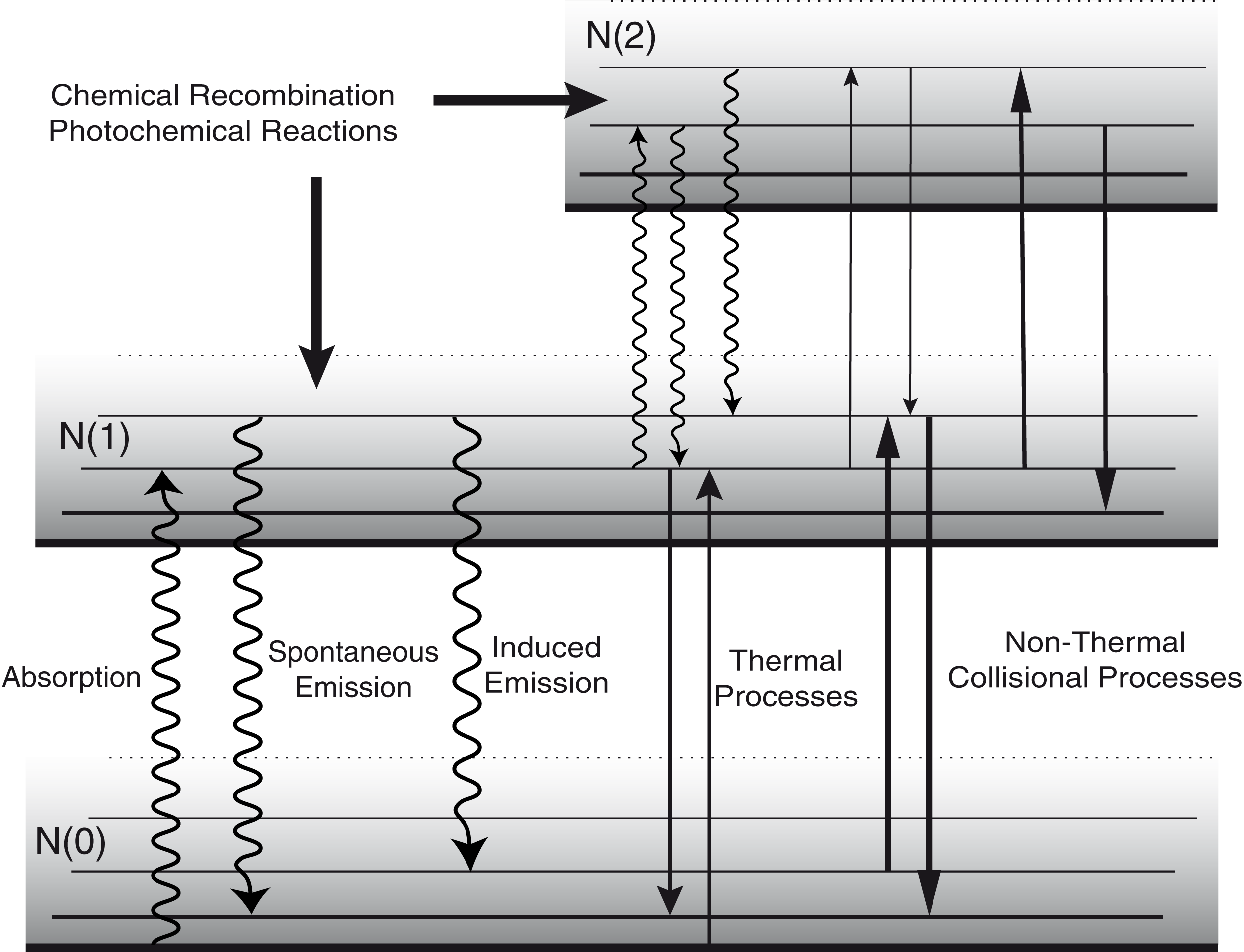 The atmosphere, viewed as a thermodynamic system, is never in true thermodynamic equilibrium at any altitude. It can, however, be in a state known as `local' thermodynamic equilibrium or LTE, a concept which permits calculations of radiative transfer in the atmosphere to be made relatively simple. LTE occurs when collisions are so frequent that the energy level populations depend predominantly on the local kinetic temperature, as defined by the Maxwellian statistics of molecular motion. Under LTE the populations of the energy levels within a molecule are given by the Boltzmann law at the local kinetic temperature.

Conversely, non-LTE arises when the `internal' temperature of a representative molecule, becomes different from the `local’ temperature. Any difference depends primarily on the mean rate at which collisions take place between the individual molecules, which in turn depends mainly on the number density, and so on the pressure and temperature of the sample. Since the pressure dependence usually dominates, non-LTE effects in atmospheres are mainly of importance at the higher altitudes, in the upper stratosphere and above. The calculation of those “internal” temperatures requires the solution of the coupled statistical equilibrium (detailed balance) and the radiative transfer equations.

Basic non-LTE theory and most theoretical models of planetary atmospheres deal with the solution of the statistical equilibrium (detailed balance) together with the radiative transfer equations.

Important applications of non-LTE theory in the atmosphere include the calculation of thermal cooling and solar heating rates, required in the general circulation model s (GCMs) of the atmosphere. Furthermore, the recent grow of infrared detector technology have allowed to sound the middle and upper atmospheres using the limb emission measured by infrared sensors on satellites. The analysis and interpretation of these data in terms of temperature and composition profiles requires to invoke the non-LTE radiative transfer theory.