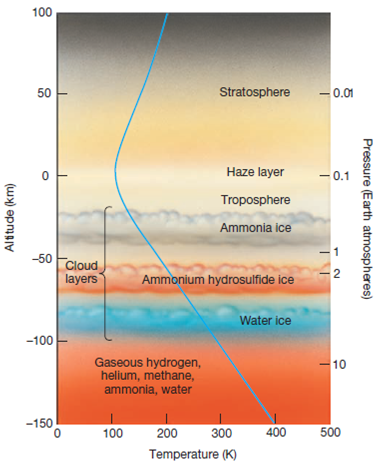 Jupiter is mostly made out of hydrogen (90%)  and helium (10%), the same light gases that make up a star. In fact, if Jupiter were about 80 times more massive, the pressure and temperature at the center would be high enough for nuclear fusion to ignite, and the planet would become a star. The rest of Jupiter includes water, ammonia and methane – compounds that arise when one mix oxygen, nitrogen and carbon in a hydrogen-rich atmosphere. To measure the amount of water in Jupiter has been the major objective of several missions.
The Galileo spacecraft dropped a probe into Jupiter in 1995, which measured the planet’s composition down to about 100 kilometres below the cloud tops, where the pressure is 20 bar.
The probe entered though a a dry region and could  not determine the atmosphere’s water content. However, it measure other minor gases finding that they were two to four times more abundant than on the Sun. There are different models for explaining these abundances but they predict different amounts of water. Hence measuring Jupiter’s water content is also one of the major objectives of the recent Juno mission to Jupiter. 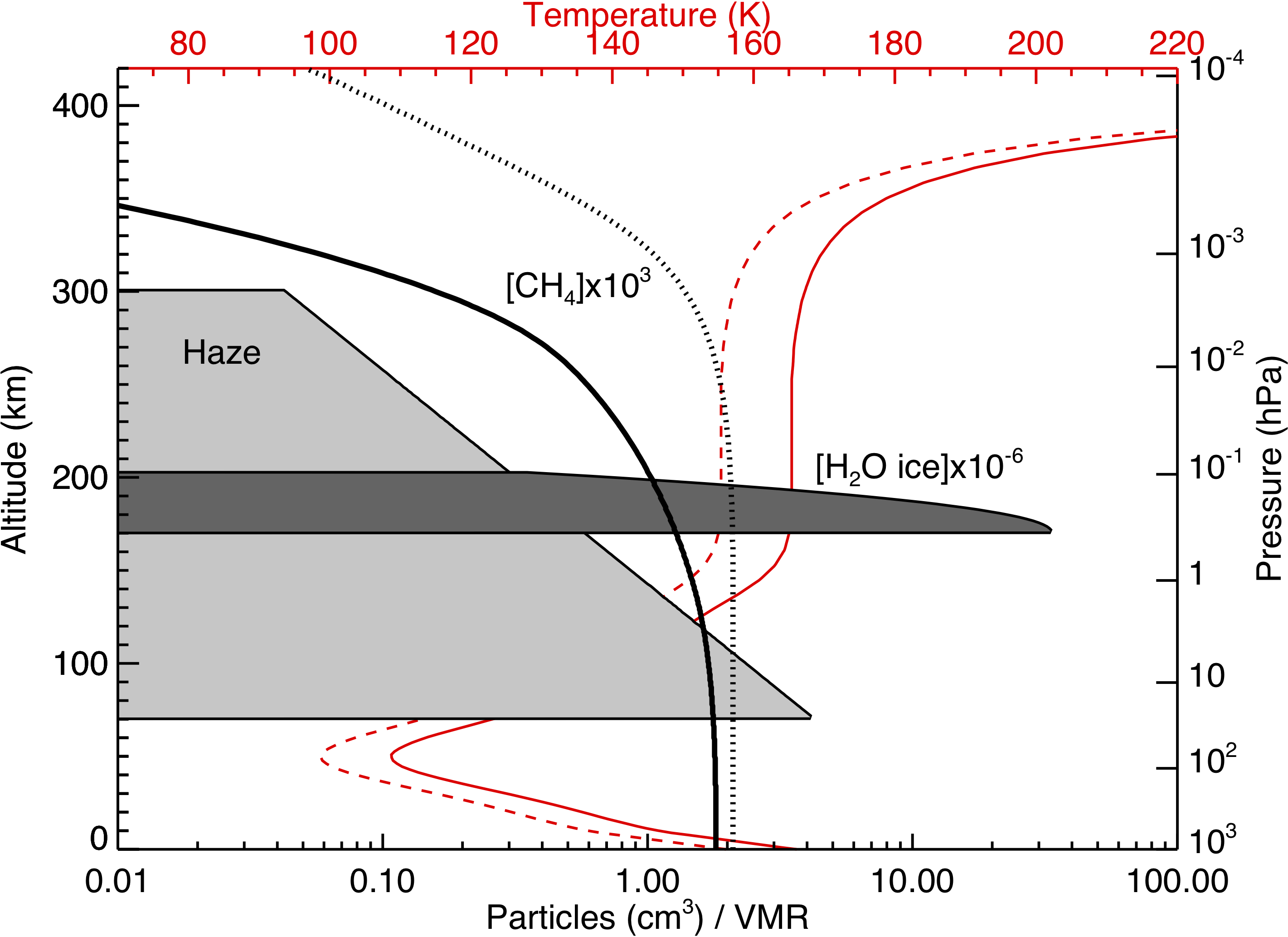 We have recently studied Jupiter’s atmosphere when observed as an exoplanet. Its atmosphere has been sounded in transmission from the UV to the IR (0.5 to 2.4 µm), as if it were a transiting exoplanet, by observing Ganymede while passing through Jupiter’s shadow.
The spectra show the typical methane bands in the near-IR, clear absorption of hazes, and  also found traces of sodium on Jupiter.  However, one of the unexpected results was the finding of a layer of water ice crystals in the lower stratosphere, well above the tropopause (Montañés-Rodríguez.
et al., 2015). A detailed analysis (López-Puertas et al., 2018) suggests the presence of aerosols near the equator from 100 hPa up to ~0.01 hPa in agreement with previous findings. However, the occultation technique has allowed to observe for the first time  a thin haze layer, with particles of ~0.1 μm above 0.01 hPa. The spectra also reveal a rather dense layer of very small (∼10 nm) H2O crystalline ice in Jupiter’s lower stratosphere (∼0.5 hPa). The origin of this water ice is not clear particularly since measurements has shown that water vapour is scarce at these altitudes. The origin of oxygen compounds (and hence of H2O) can be external supplies of Jupiter atmosphere or vertical transport from the deep atmosphere where they are produced by thermochemistry.

We are also investigating the chemistry and dynamics of Jupiter upper atmosphere by retrieving the methane concentrations from the nadir spectra taken by the Infrared Space Observatory (ISO) in the near IR (~3.3µm). Many of them were taken in the solar-illuminated Jupiter atmosphere and hence requires for a dedicate non-LTE model for the CH4 vibrational levels.