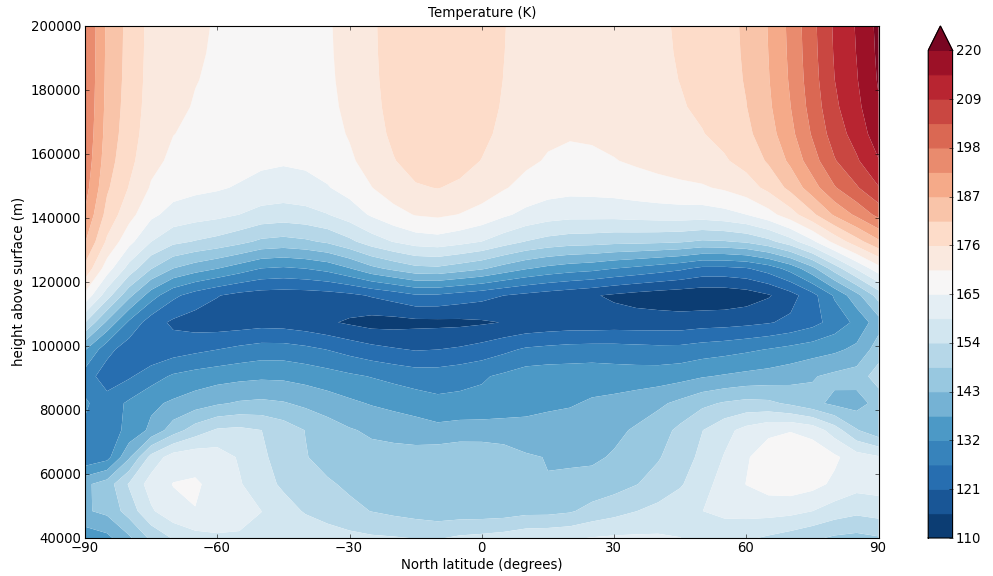 What is so special about the upper atmosphere?

The upper atmosphere of Mars is the less known atmospheric region. It is difficult to sound and explore it becasue of its low density. It extends from about 50-60 km above the Martian surface to the exosphere, at about 250 km. It normally comprises two regions, distinct by their thermal structure: the mesosphere and the thermosphere/ionosphere. In the mesosphere, ~50-120 km, temperatures normally decrease with increasing altitude, due to thermal radiative cooling in the IR; while in the thermosphere (above 120 km), temperatures tend to increase with altitude due to solar heating in the UV. The mesopause is the transition between both regions, with the minimum temperature, usually located at ~120 km, although it is very variable. 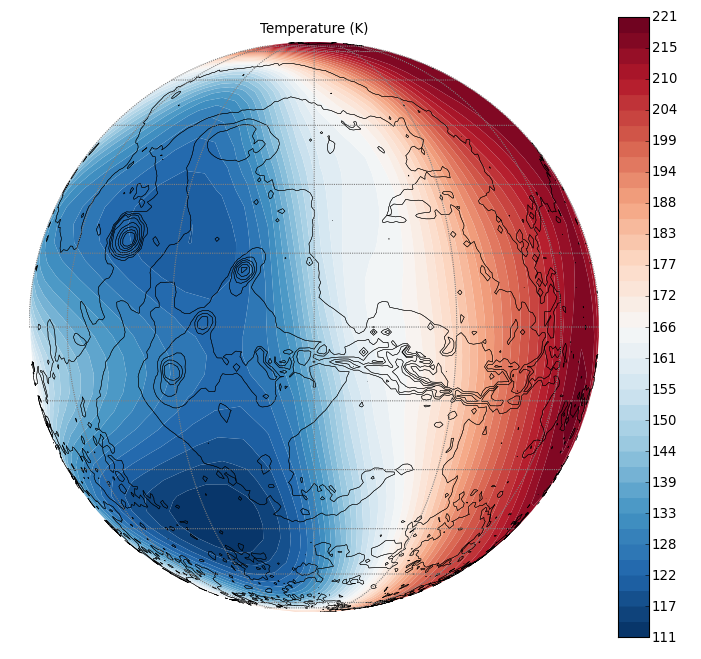 The upper atmosphere of Mars is the key region for atmospheric escape, since it contains the reservoir of species that are released into space. Escape occurs via diverse mechanisms and it is to understand the long-term evolution of the Martian climate from a denser, warmer and wetter atmosphere in the distant past (~4 billion years ago) to the current cold, thin and dry atmosphere. All escape mechanisms depend somehow on the temperature and density of the upper atmosphere. Understanding its current variability and how it affects the escape is thus paramount to gain insight into the past Mars climate. From a practical point of view, the upper atmosphere of Mars have to be well known in order to prepare the aerobraking phase of space missions. Thanks to the aerobraking (friction of the spacecraft wth the upper atmosphere), we can change the spacecraft's orbits without using expensive fuel. This is a critical phase of the spaceft manouvers since unexpected changes in the atmospheric density may induce mechanical problems, or excess heating, and pose risks to the missions.

How do we study the upper atmosphere?

Our group has contributed to the knowledge of the upper atmosphere of Mars by analyzing spacecraft observations of the region and by computational modeling. On the observational side, we have contributed to the analysis of the data obtained during the entry of Mars Pathfinder (López-Valverde et al., 2000), the density and temperature measured by the accelerometers during the aerobraking phase of Mars Global Surveyor (Angelats I Coll et al., 2004), the stellar occultations performed by SPICAM/Mars Express (Forget et al., 2009) or different ionospheric datasets (González-Galindo et al., 2013). We have also analyzed  atmospheric emissions originated in the upper atmosphere (see Airglow and variability).
On the modelling side, we have developed models to study the heating and cooling produced by CO2 IR emissions under non-LTE conditions (López-Valverde et al., 1998), as well as the heating produced by the absorption of UV solar radiation and photochemistry (González-Galindo et al., 2005). Later we incorporated these models into a Global Climate Model, which we have used to simulate the structure and variability of the upper atmosphere of Mars (see GCMs).