Chemistry & Dynamics of the middle atmosphere 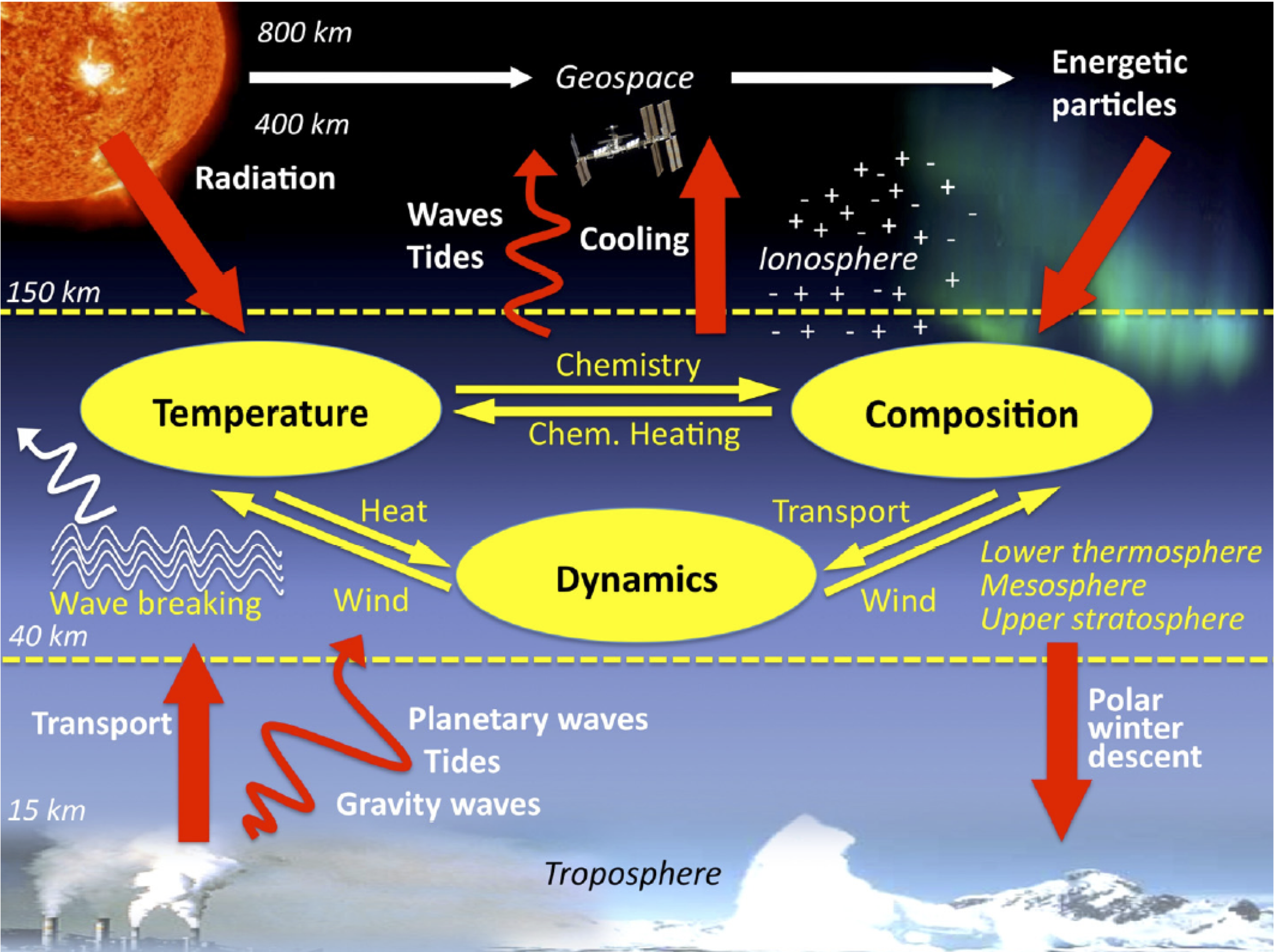 The term ‘middle atmosphere’ refers to the atmospheric region of approximately 10 to 100 km. It roughly comprises the stratosphere and mesosphere, the regions which lie between the troposphere below and the thermosphere above. In this region resides the ozone layer and also coldest regions of the atmosphere, the polar summer mesosphere which contains clouds of water ice (noctilucent or polar mesospheric clouds). The structure and composition of the middle atmosphere are determined by radiative and dynamical processes as well as chemical photo-reactions, and the interplay between. Composition is largely dominated by the chemistry with important cycles such as the Ox, OHx and NOx. The dynamics is rather complex covering from the global scale scale circulations (the Brewer-Dobson and the meridional circulation) to many scales spatial and temporal propagating waves (atmospheric tides, gravity waves, planetary waves, etc.) leading to peculiar oscillations like the quasi-biennial oscillation (QBO) in the lower and middle tropical stratosphere; the Semi-Annual Oscillation (SAO), which is the dominant feature of the large-scale circulation near the equatorial stratopause, or the Stratospheric Sudden Warmings, which are the most dramatic meteorological phenomenon in the stratosphere and affect the distribution of trace constituents in the stratospheric and tropospheric weather. Radiative processes takes place through the absorption of the solar radiation (mainly in the UV, visible and near-IR), and its partially conversion into atmospheric heat; and the atmospheric cooling, occurring mainly at IR wavelengths.

In the GAPT group we have extensively studied this atmospheric region, the three aspects of chemistry, dynamics and radiation, by using satellites measurements and, in some cases, Global Circulation Models.