Helium escape in WASP 69b

Hot gas giant exoplanets can lose part of their atmosphere due to strong stellar irradiation, and these losses can affect their physical and chemical evolution. Studies of atmospheric escape from exoplanets have mostly relied on space-based observations of the hydrogen Lyman-a line in the far ultraviolet region, which is strongly affected by interstellar absorption. Using ground-based high-resolution spectroscopy, we detected excess absorption in the helium triplet at 1083 nanometers during the transit of the Saturn-mass exoplanet WASP-69b, at a signal-to-noise ratio of 18. We measured line blueshifts of several kilometers per second (~8 km/s for about half of the total absorption, Fig. below, left, T2-T3); and a larger blue-shifted velocity (~22 km/s) for half of the absorption, Fig. below, right, T4-T4Helium) in the post-transit absorption, which we interpret as the escape of part of the atmosphere trailing behind the planet in comet-like form (Nortman et al., Science, 2018). 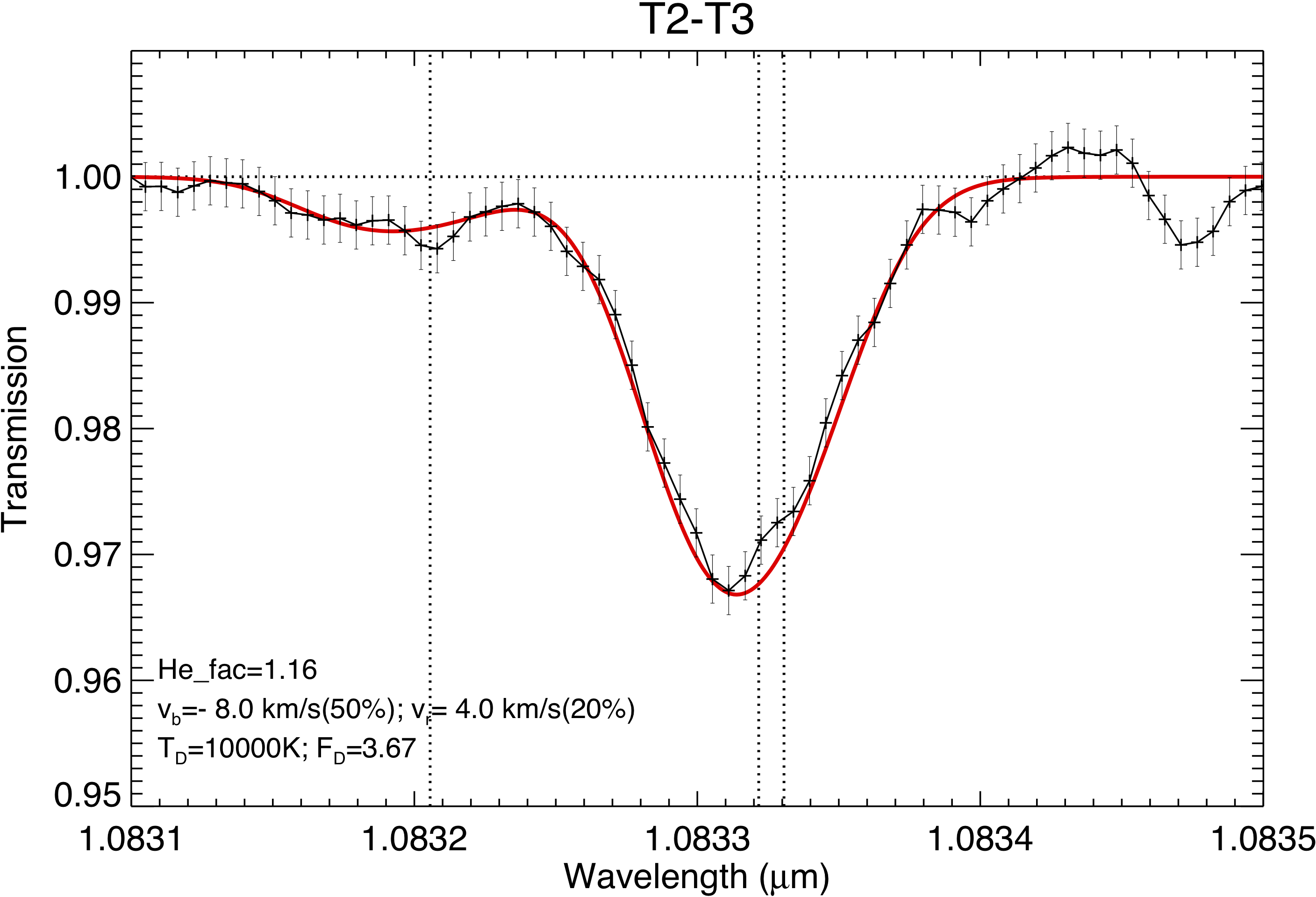 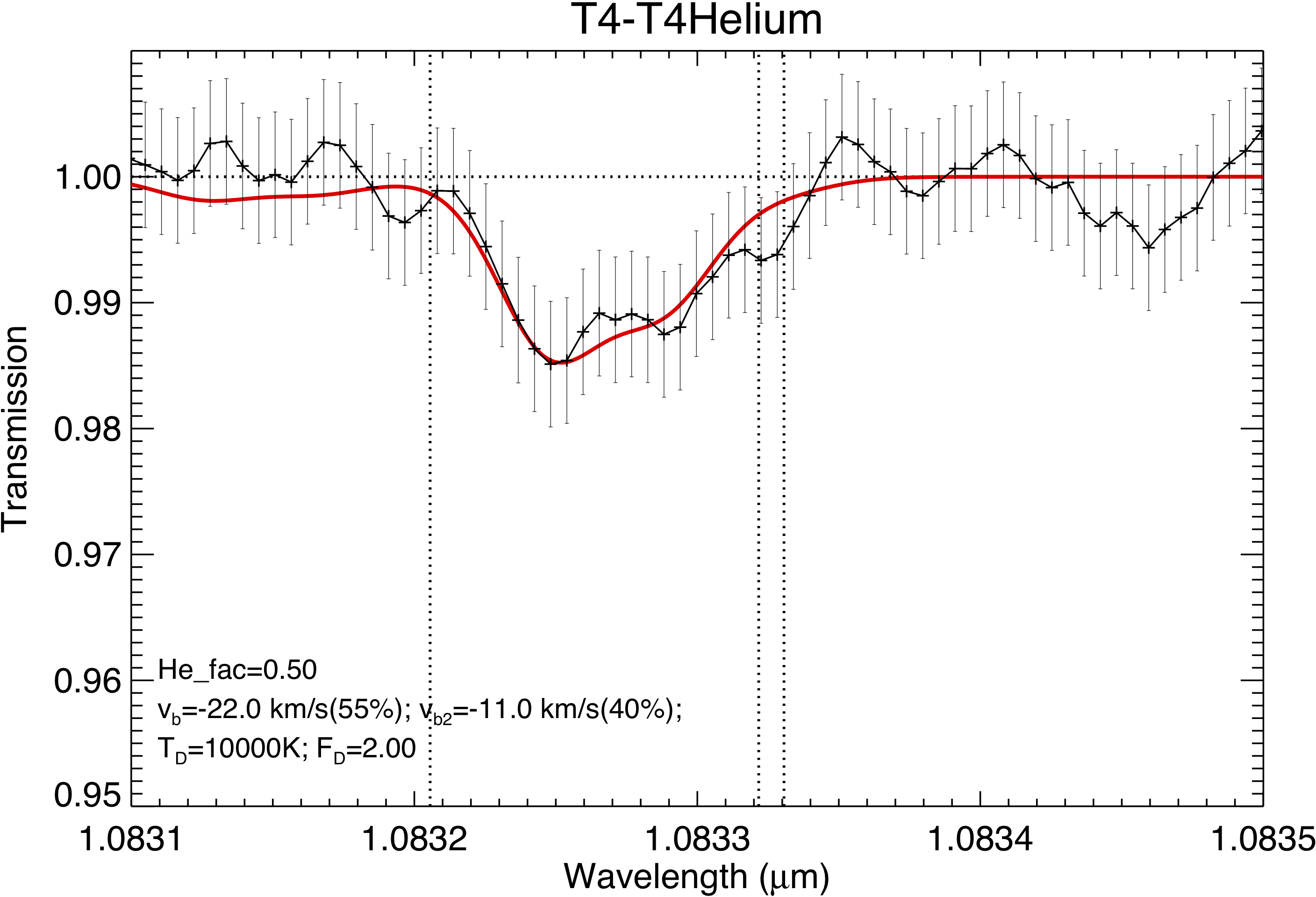