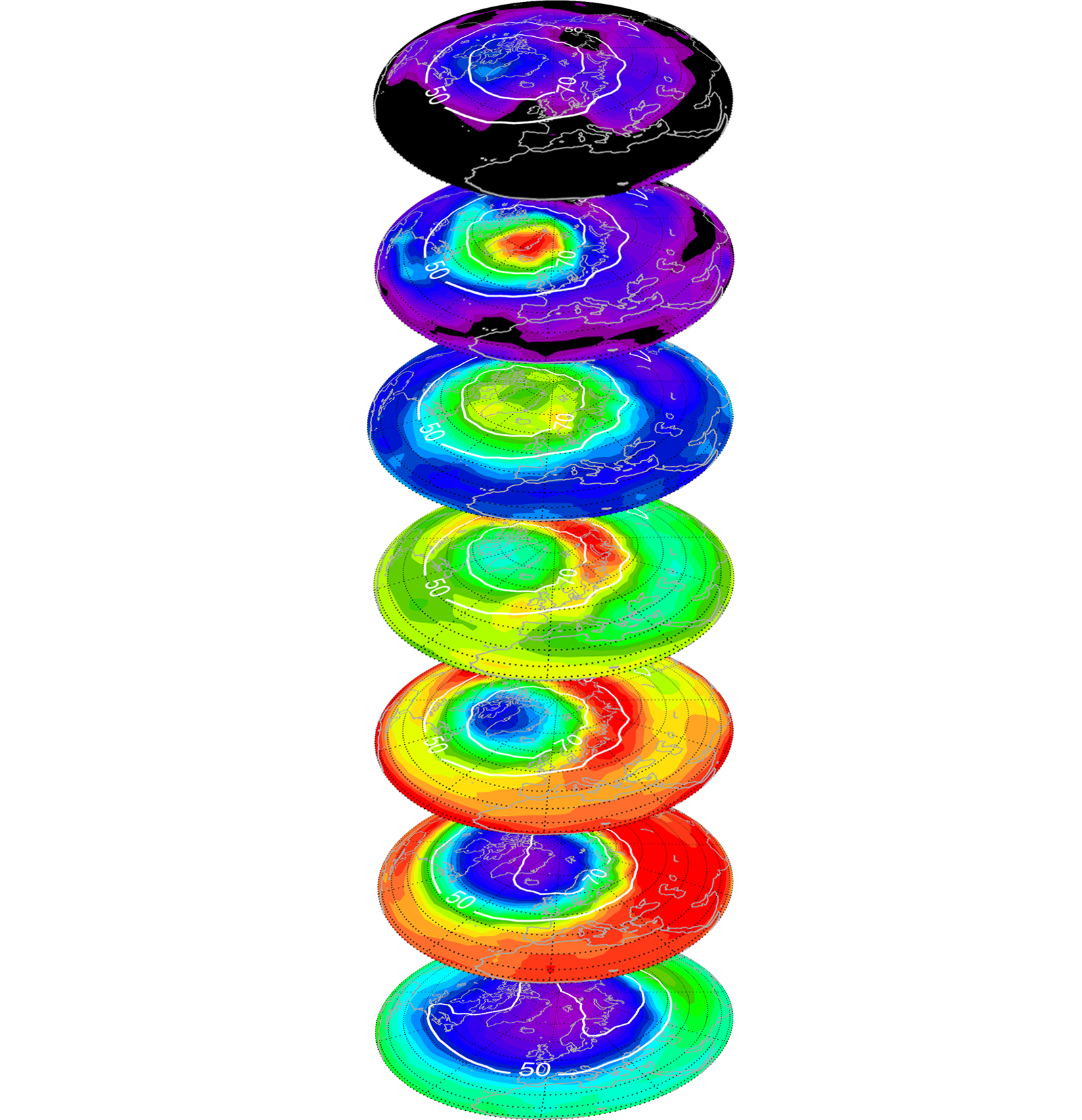 The MIPAS instrument, aboard the Envisat mission, measured the high-latitude stratopause at 82km for a few days in November 2009, a very high altitude compared to its climatological altitude in the winter season (55km). Elevated stratopauses at mesospheric heights occur after sudden stratospheric warmings, which in turn are a consequence of an intensification of planetary wave activity generated at the surface. They are, therefore, a great example of atmospheric coupling. Stratospheric warmings capable of generating stratopauses at high altitude are not rare in midwinter but are rare in November. This is why elevated stratopauses are typical of the season between January and March and a detection at this time of the year is surprising. The phenomenon was small in scale, in that its size and duration were smaller than usual for such midwinter phenomena, but, like the typical ones, it was extraordinary: two anticyclones formed in the lower stratosphere, the stratopause disappeared for a few days and re-emerged 25 km above its climatological height, showing a significant longitudinal asymmetry. It took just over a week for the stratopause to reach its usual winter height. Climate change is known to impact variability in planetary wave activity originating at the surface. Since this is the only such event that has been found to date, it is still too early to tell whether it has any relation to climate change. In any case, precisely because of its small extent, short duration and large longitudinal asymmetry, this phenomenon, which we have named BM-ES, which stands for Brief Mesoscale Elevated Stratopause, is a more demanding test for models, if possible, than the mid-winter elevated stratopauses.