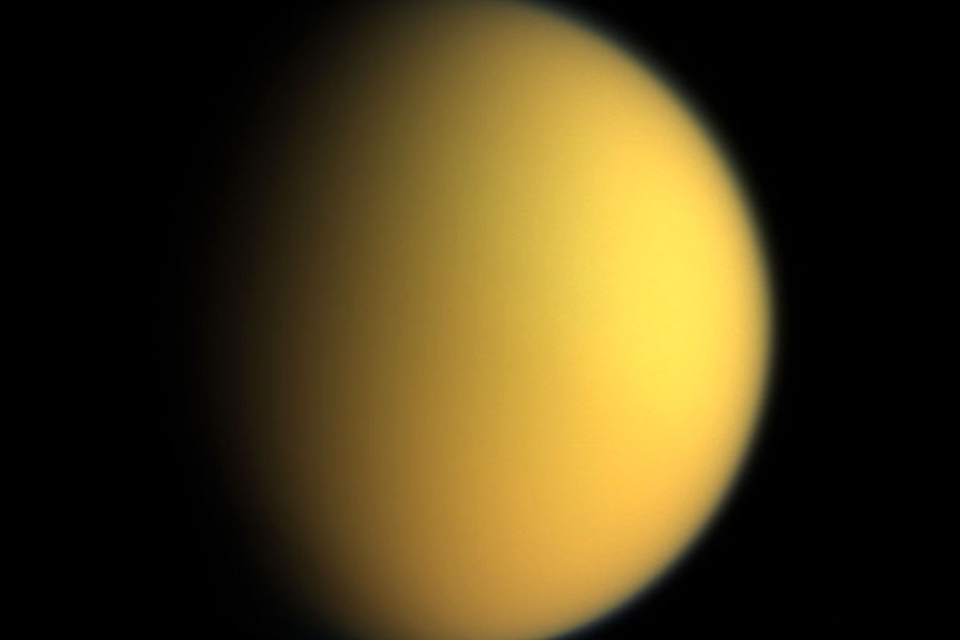 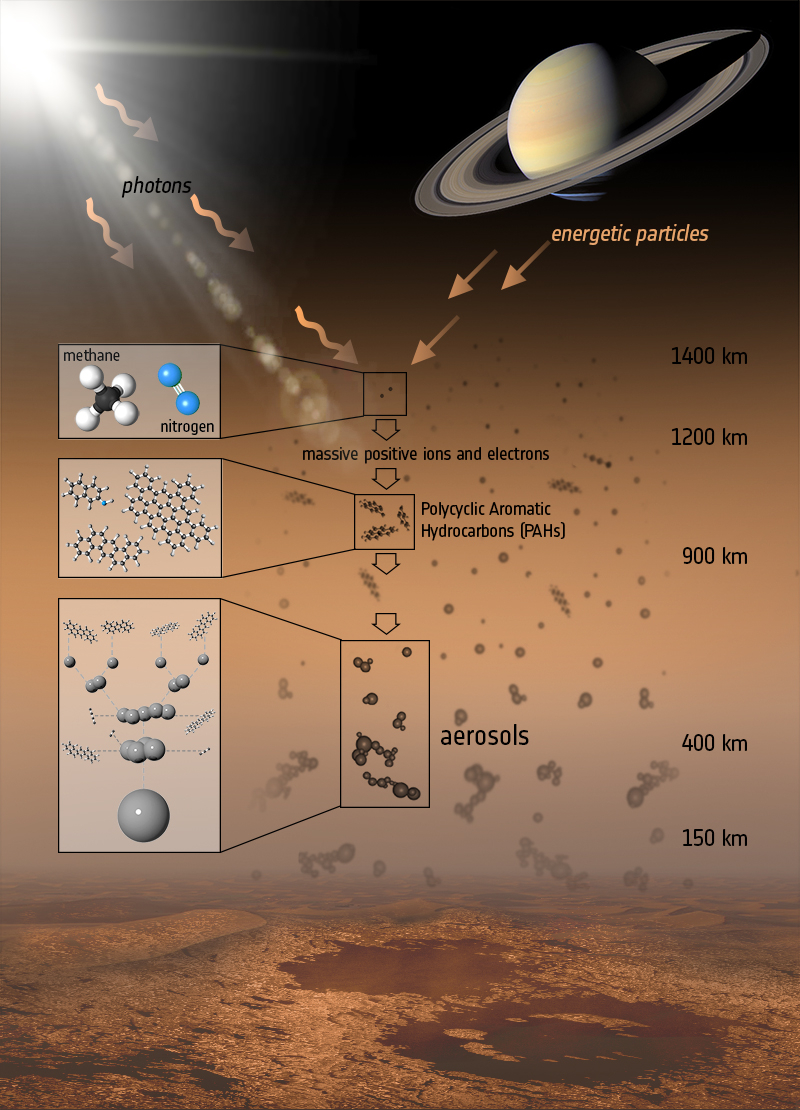 Of all the bodies in the Solar System, Saturn's largest moon, Titan, has the atmosphere most resembling that of Earth. Like that of our planet, Titan's atmosphere is largely composed of molecular nitrogen (N2); unlike Earth's atmosphere, however, Titan's contains only small traces of oxygen and water. Another molecule, methane (CH4), plays a similar role to that of water in Earth's atmosphere, and makes up about 2 per cent of Titan's atmosphere. There are speculations that the atmosphere of this moon may resemble that of our planet in its early days, before primitive living organisms enriched it with oxygen via photosynthesis.

We have investigated the atmosphere of this moon by analyzing the measurements taken by the Cassini mission to Saturn. In particular we have used our expertise on non-LTE to developed non-LTE models of the HCN, CH4, CO and C2H2 molecules and have retrieved the concentrations of the compounds in Titan's upper atmosphere (Adriani et al., 2011; García-Comas et al., 2011; Fabiano et al., 2017). Of particular importance is the detection of large abundaces of Polycyclic Aromatic Hydrocarbons (PAHs) in Titan's upper atmosphere (Dinelli et al., 2013; López-Puertas et al., 2013). The detected PAHs appear to be the precursors to aerosols (which give the orangish aspet to Titan (see upper right figure), triggering the first reactions that cause these large, solid particles to sink, like snow flakes, into Titan's lower atmosphere. The study is based on data collected with the Visible and Infrared Mapping Spectrometer (VIMS) on board the Cassini mission.